I’m reviewing the Azodin Blitz Evo paintball marker. I think it’s best that I tell a little about myself before launching into my review, so you know my background and perspective. I’ve been in paintball for more than eight years, but I took a long break after moving my last year of high school and never played throughout college. I used to shoot a ‘03 Shocker — the lightest, fastest, and the best gun in the world back in the day — but have long since retired that marker.

Now that I’ve gotten into the professional world, I’ve freed up a little time to get back into it, and picked up the Azodin Blitz Evo — I heard it compares to my old baby, so I decided to bite the bullet and give it a shot. 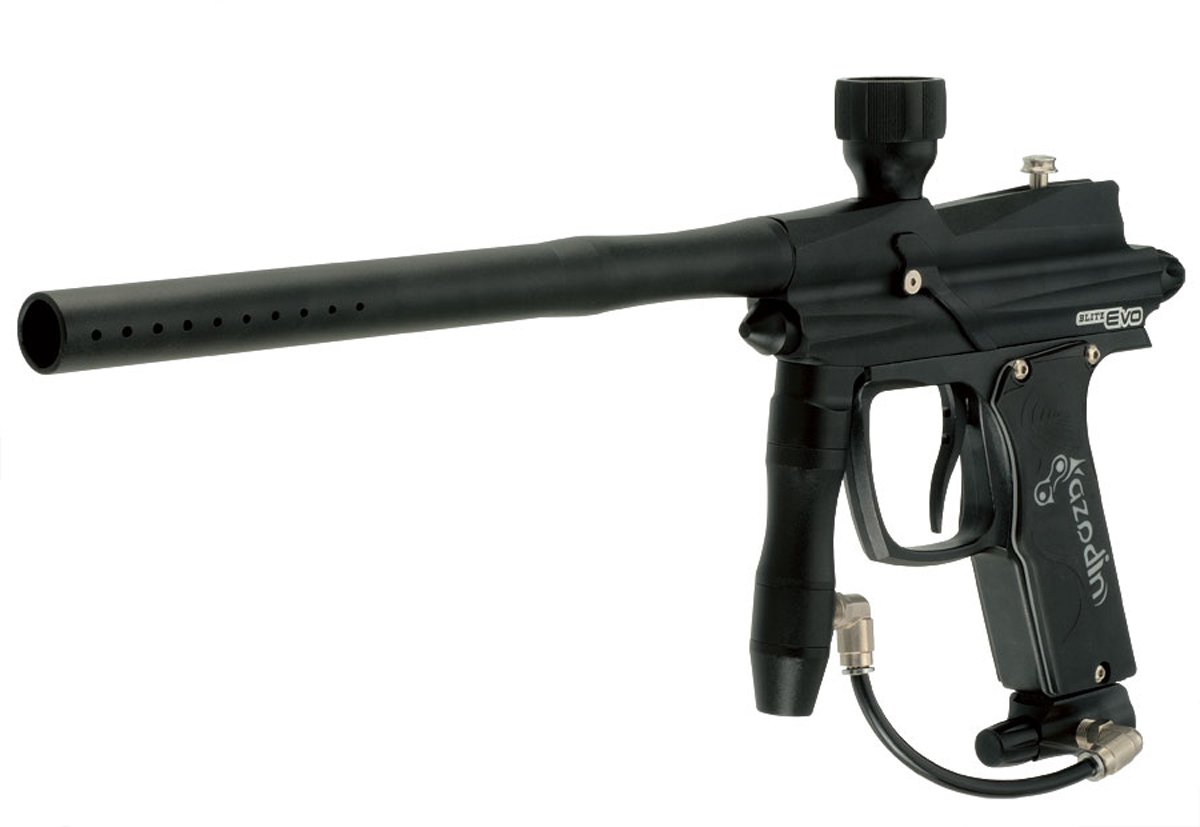 The first thing I had to test was the consistency of the gun’s chrono speed. No paintball gun is worth the money if it’s shooting hot (that is, above the field’s legal speed limit) half the time, and, I’m happy to say, the Evo is very consistent. I set it to 280FPS — less than my local fields 300FPS limit — and noticed that it would only spread by about 5FPS up or down. My old setup used to be tightly regulated at 295FPS +/- 2FPS, for competition, but I had very expensive equipment to accomplish that. I’m impressed with the Evo’s consistency here.

best paintball guns of all time

Next, I have to rate general accuracy. Now, with my old marker, I was able to hit targets the size of tin cans from half a field away — I was a sharp-shooter with it. I attribute that to the barrel setup I had, and to my experience with the gun. With the Evo, I’m able to replicate that feat, but only after firing several shots to orient myself (as opposed to aiming and letting one rip, and — pop — eliminating that player with a shot to the finger). It’s not like the old days, but, then again, this marker costs about $200, which is a whopping $600 less than my old one, so the fact of being able to get even close is pretty impressive, as far as I’m concerned: 8/10 on this count.

Finally, I’ll rate for speed. It’s just unfair for me to compare to my old gun in this regard since it was so heavily personalized and I had so much experience. But, for the sake of absolute numerical comparisons, I could rip 18 balls per second, consistently, through an entire hopper, with no ramping (electronic augmentation of firing speed as a percentage of your analog firing speed). With this one, I can pull roughly 12 balls per second while walking the trigger. Again, not my old setup, but, who could argue that 12 balls per second is somehow slow?

All in all, I’m extremely impressed with the Evo. It’s a much better entry-level marker than anything that existed when I started playing, and I recommend it even to advanced players in need of a backup.