No matter where you are in your paintball career—whether you’re a pro or just a beginner—there are some characteristics you always want from your marker. You want it to be reliable, powerful and effective. To that end, let’s take a look at the Empire Axe.

Empire is one of the most well known and reputable paintball gun makers on the planet, so you’re right to have high expectations from this manufacturer. Pro players all over the world take the field with Empire guns at their side and that certainly says something. 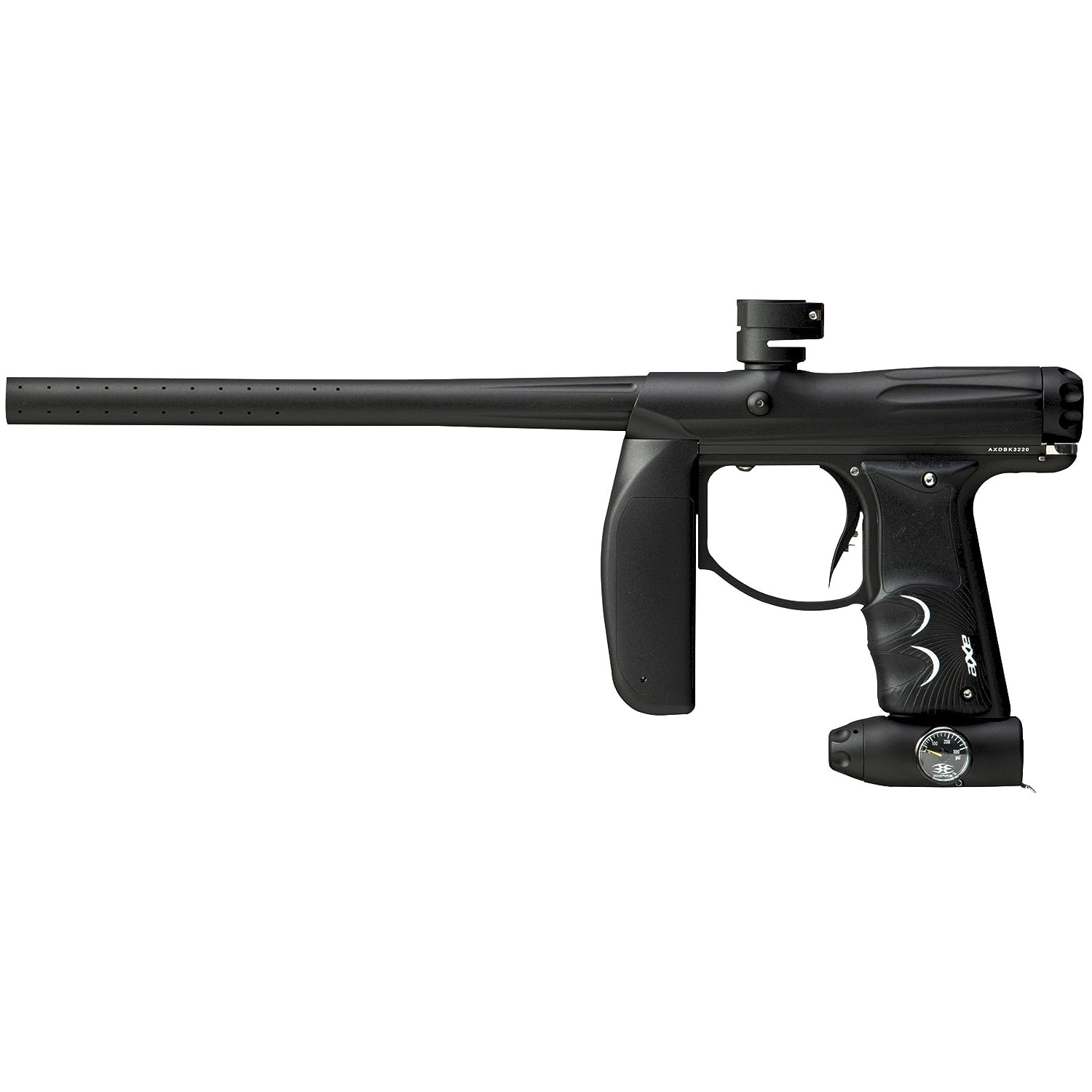 Not to get ahead of ourselves or look to the pros again so early on, but it bears pointing out that this is the market used by a lot of impressive pro teams. XSV and Infamous both trust this weapon, though obviously the players may be making some adjustments.

One great feature about this paintball gun is the Relay ASA. Basically, you have a lever you hit whenever you want to initiate air flow. This also makes bottle removal about as easy as possible.

The Bolt removal system on this gun is also great, relying on a push-button feature. It makes for very simple engine maintenance, even when you’re on the field and in the midst of a battle.

Whether you’re on the run or in the prone position, the Empire Axe provides smooth firing. A lot of this has to do with the extended grip frame, though the new grip on it also increases overall comfort. I don’t care where you are in your abilities, being able to squeeze off rounds without issue can’t be underestimated in terms of importance.
The barrel on this weapon is made from aluminum and it feels like it. By this I mean, it’s extremely light. You can move that barrel with ease, pinpoint your target and pop them off without issue.

Once you do fire, the trigger returns immediately thanks to a magnet bearing, so you’re ready to fire off again. If you’ve been using a gun without this feature, your trigger could be stalling on you without you even knowing it. This trigger will make all the difference.

Ever had a gun that munched on your paintballs before you ever got a chance of hitting the enemy? Nothing is more frustrating. With the Empire Axe, you’ll have an integrated break beam that virtually eliminates any possibility for chopped paintballs. Plus, it fires with very low pressure so your paintballs don’t take on unnecessary wear and tear.

The velocity is consistent though and you won’t have to worry about any paintballs having a hard time hitting the target within the blink of an eye.

This is definitely a gun for serious players, but not so expensive that it need be reserved for professionals. If you’re getting out regularly, whether at tournaments or in the woods, this is the paintball gun for you.