Welcome guys, how many of you are thinking to buy a paintball players pack? You might be thinking why should you buy paintball pieces of equipment separately when you can get a complete package at a low price.  If you’re really thinking like this, please drop this idea right now. Trust me this is the worst idea.

Through my experience of 8 years in paintballing I have seen a lot of newbies buying complete paintball packages and then after reaching on the paintball field, they regret their decision. They find out that the gun is pretty good but the tank and the mask really sucks. Let’s talk this in a bit detail – Should you buy a paintball players pack?

What is a Paintball Players Pack? 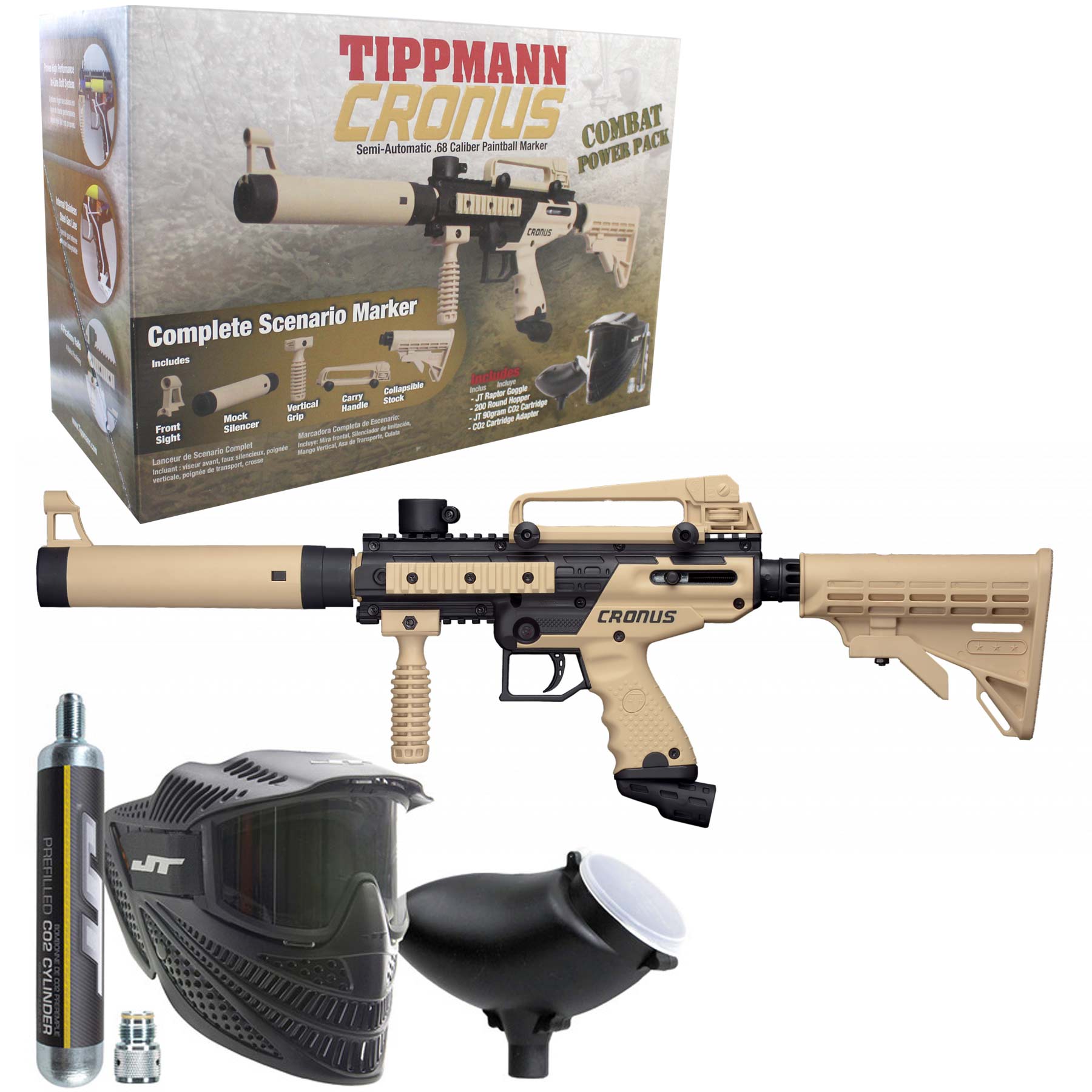 Players packs are stuff like this. It is a package which contains paintball pieces of equipment like the marker, the mask, and the tank, all in one sort of package deal. Newbies due to inexperience generally go for these packages rather than buying pieces of equipment separately due to various reasons like

There are so many paintball brands out there like Empire, Tippmann, and Dye. They all sell these Paintball players pack and I’ve personally used each one of them. So here comes the question ” Should you buy a Paintball Players Pack?”

Should you buy a Paintball Players Pack? 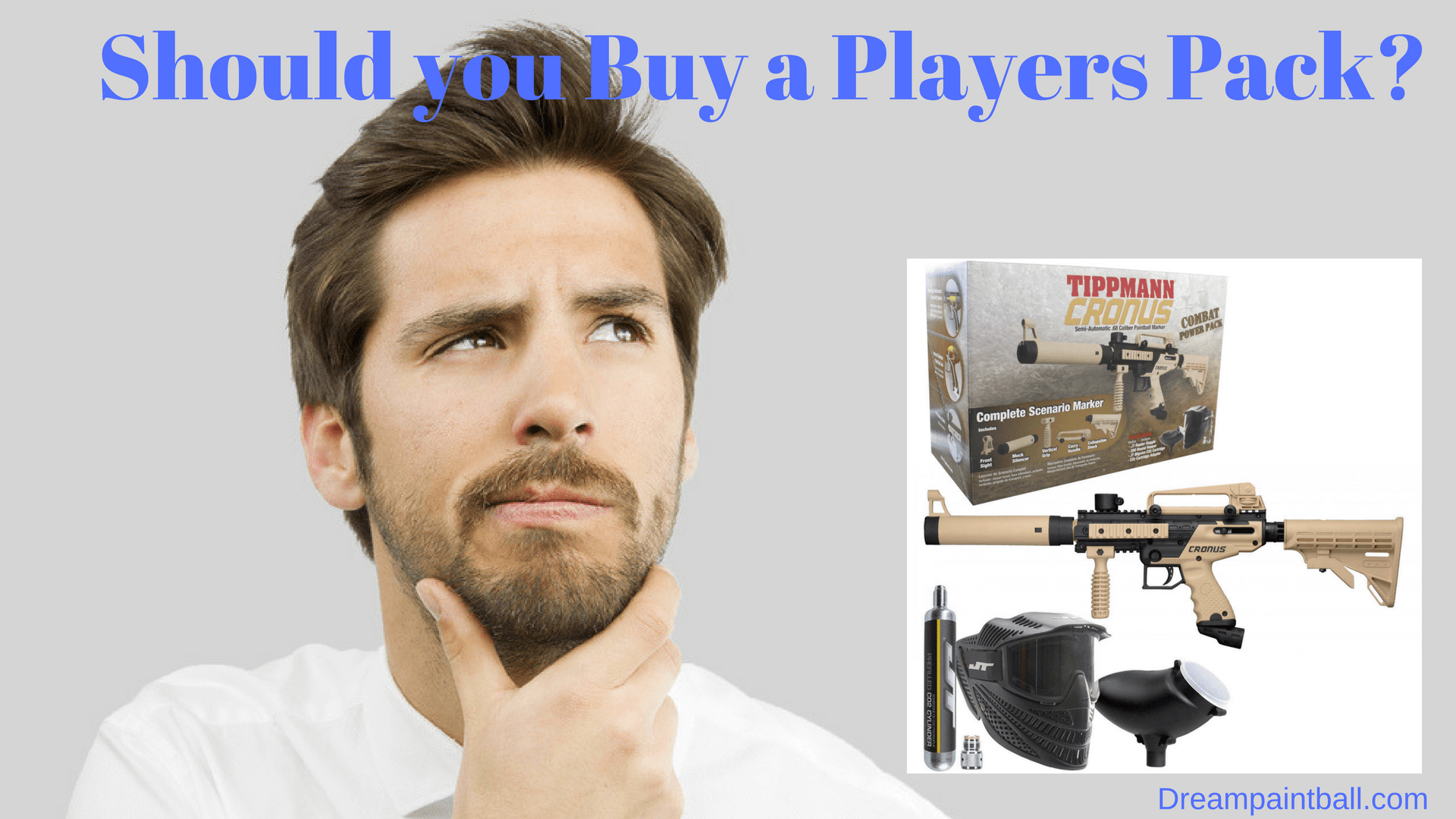 Honestly like 99% of the time – No you shouldn’t buy a players pack.  I’ll tell you why I think this is a bad idea. So players packs generally look appealing because you get the marker, a mask and a tank for like less money than
you would spend if you purchased all those things separately.

Here’s the problem though. In every single case with no exception, I’ve ever seen the masks and the tank that comes with the marker are terrible like the worst you can buy. They are like absolute garbage and unusable.

The masks that you get in a players pack is very low quality and often found broken at the time of delivery. They’re like the worst mask you could ever wear. If you’re familiar with rental masks that you would rent at a field, this is crappier than that.

They’re very cheaply constructed, they fog up instantaneously. I’ve seen them literally come out of the box cracked. I will not do the job and you will need to replace this probably after the first time you use it.

So, if you go for it you’re not really saving any money on that. Moving off of the mask let’s get into the tank.

Comes with either small non-refillable tank or Co2 tank

I acknowledge that there could be players packs out there where this is not the case but I’ve never seen it coming with a high-quality HPA tank. They’re gonna come with a co2 tank. It’ll either come with an actual Co2 tank or disposable co2 thinner tank.

Now both of these are bad but one of them is definitely way worse than the other and that would
be a disposable co2 thinner tank. This is not including a tank, this is a disposable co2 thinner that’s going to give you
like 50 or 100 shots max depending on what marker it comes with. And after you’ve used it in a few minutes
you’ll need to throw it out because you can’t refill it.

It’s just going to get you essentially like a handful of shots and then you’ll want to buy an actual tank so that doesn’t
sound like saving money.

Even if it comes with one of the real air tanks, it’s still a co2 tank. You don’t want a Co2 tank. Yes, they’re cheaper but Co2 is not efficient for guns. They’ll be expensive in the long run and if you want to play in winters Co2 causes a lot of problems.

Honestly, if you think you’re gonna be playing paintball more than once a year then you should probably be getting an HPA tank.

HPA tanks come with a  gauge and the fill nipple. Those are on HPA tanks and will not be on a co2 tank. If you want to fill a co2 tank you need to use the actual ASA that you’d put in the in the marker.  With an HPA tank you
can fill it off from the fill nipple.

HPA tanks are really cheap in the long run and work perfectly even at low temperatures.

In conclusion, honestly guys I’m telling you that it is not a good idea to buy a players pack. They seem you’re saving money but like as I told you they would be more expensive and frustrating in the long run.

Hopefully, the marker is going to be probably decent if you at least put some of a little bit of research into what
marker you’re buying but the mask and the tank and other accessories are all the junk.

It is not worth buying.  You’ll need to buy another tank, you’re gonna have to buy another mask. Or you would
just be discouraged from playing because they are so terrible so, don’t buy a player’s back.

I’ve never seen players pack that doesn’t come with a garbage mask and garbage tank but they could exist. Who knows there are custom players packs out there that certain retailers put together themselves that actually come with decent stuff.

So If you can find such players pack you can buy it. If I found such good players pack I’ll be the first to inform you. I hope this article was informative. I was just trying to save you guys from wasting money. I just don’t want you to go and play with these terrible masks because it can ruin your day.

I appreciate your effort to read this article. If you have any doubts or suggestions feel free to comment down in the comment box. I’ll get back to you as soon as possible. 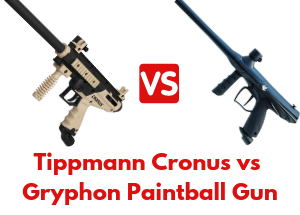 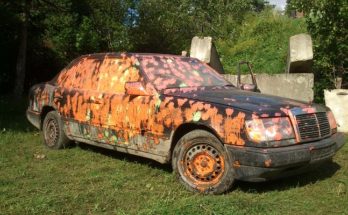 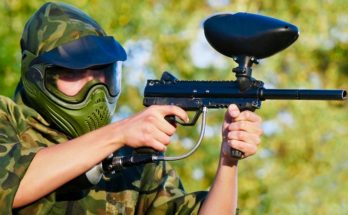