Recently,  a few players on my paintball field were asking for my recommendation on best paintball guns under 200 dollars. So, It didn’t take me much time to recall a few high-quality paintball markers that come for under 200 USD. So, I decided to write down this post, so that it is easier for you to choose the best paintball gun under 200$.

If you want a high-performance tactical paintball marker with a military look then go for U.S. Army Project Salvo paintball gun. As I told earlier this is my favorite paintball marker under 200$. Let’s get into the details what this extraordinary marker has to offer.

It comes with a stylish and anodized 11inches long barrel which helps you to achieve high-accuracy in hitting the targets. U.S. Army Project Salvo Paintball Gun has the semi-automatic firing mechanism with the cycle rate of 8 balls per second.

You can also remove or adjust the front and rear sights. It is fully compatible with 98 Custom Response trigger which makes it quite versatile. It weighs 6.8 pounds which is more than many other markers in the same range but I don’t feel, it is that big deal.

Another thing I like about U.S. Army Project Salvo is it is very quieter than many other markers with the similar price range. This marker is pretty easy to clean and maintain due to the presence of quick release feeder elbow.

The range of the U.S. Army Project Salvo is 150 feet but still it highly depends on the air pressure. If you are a beginner, this is probably best for upgrading your skills.

With such tough look, high durability and performance I feel that this is my top choice for best paintball gun under 200$. 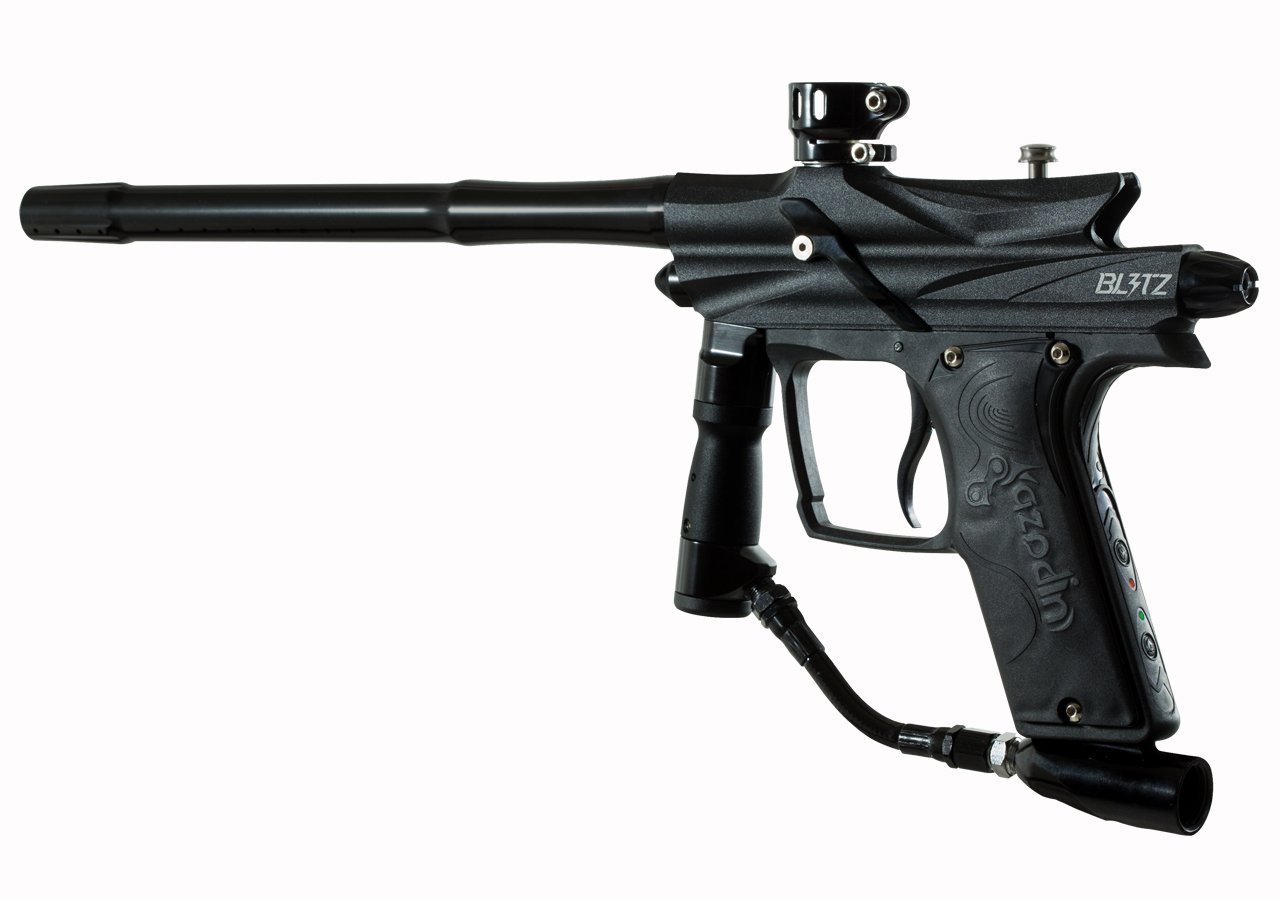 Azodin Blitz 3 Electronic paintball gun is the upgraded version of Blitz 2. If you have used Blitz 2 and liked it, then you’ll definitely fall in love with Azodin Blitz 3 paintball marker. Let’s get into action and see what features Azodin Blitz 3 has to offer.

First of all, Blitz 3 is the lightest marker in the whole series of Azodin markers. The regulator comes in a compact size and the screw-lock feed neck is extraordinarily designed.

If you look at the design, it is made more streamlined and stylish. Also, the Blitz 3 is made way more durable by the use of strong lightweight polymer material frame for its construction.

It is made 30% lighter than its predecessor, so it’s a big step in weight reduction and you can really feel it when you’re holding the gun it’s a much easier gun to maneuver than the original Blitz.

It has got a couple of different firing modes with preset rates of fire in them. You cannot adjust the rate of fire for those modes but choose between different modes. It comes with user-friendly settings so, it won’t be hard for you to understand how to set up the different modes.

Tippmann Cronus Tactical paintball gun is the marker which doesn’t require any introduction. When someone gets into paintball and decides to buy a paintball marker the first name that comes into their head is Tippmann Cronus.

Over, a few years this semi-automatic .68 / .50 caliber paintball marker has created such a great reputation in the industry. It comes with a Milsim body which s highly durable and tough.

It features Tippmann’s in-line bolt system which has proven to be such a big advantage. Designwise Tippmann Cronus is built intelligently. It includes a vertical grip, mock silencer, adjustable stock, carry handle and an internal gas line so it feels very comfortable while holding the gun.

High-performance ported barrel helps in achieving the high accuracy. It weighs around 4.83 pounds which is lighter than the U.S. Army Project Salvo with a similar kind of stylish military look.

The range on the stock barrel is rather low, at about 90 feet. You can add barrel upgrades to further increase the range. I recommend 16′ J&J Ceramic Barrel for $40 if you want to increase the range to 140 feet.

Overall, this is an amazing paintball marker that is great for beginner / intermediate players. It also comes with the 2 Years Tippmann Warranty so don’t hesitate to try your hands on this marker.

Next on the list is the GOG eNMEy paintball gun. This is the only paintball marker that has brought the level of an electro-pneumatic paintgun into the mid-price range markers.

This fully pneumatic paintball marker stands out with other markers in offering smooth and fast shooting. GOG enmey operates at low pressure and provides with high-accuracy.

As it operates on low pressure, it is quieter than most of the other paintball markers. I love the less recoil and quietness that Gog enmey offers.

The pneumatic trigger is designed to have a short pull hence the shooting is very fast. This is the only non-electronic paintball marker that can shoot so fast.

It also includes a vertical regulator that stabilizes gas pressure to give consistent pressure so, that the marker gives high accuracy at low pressure.

As the outer body is made up of aluminum frame and polymer composite which makes Gog Enmey highly durable and extremely lightweight.

Overall, if we consider features, design, price and all other factors, this marker turns out to be a great entry-level paintball marker.

Tippmann 98 Custom Platinum series paintball gun is a semi-automatic marker with great features that bring this marker into top 5 paintball guns under 200$. Let’s discuss its features.

Tippmann 98 Custom is a highly durable paintball gun that is sturdily built. It can bear falls and work pretty nicely. Another amazing thing about Tippmann 98 custom is that it doesn’t require regular cleaning.

It is made up of a strong metal frame and polymer composite material which gives it nice surface finish and strength.

In terms of accuracy, Tippmann 98 Custom Marker shoots accurate shot just like pro-level paintball guns. It is compatible with both Co2 as well as compressed air.

It comes with the stock barrel of size 8 inches. The only thing that troubles me is the recoil and the noise. But we need to understand that with such an affordable price we can’t get everything.

Well, these are the top 5 paintball markers that can be bought for less than 200 USD. These guns are among the top mid-priced paintball markers. So, definitely check these guns out, read the customer reviews and you’ll figure out which one suits your playstyle the best. 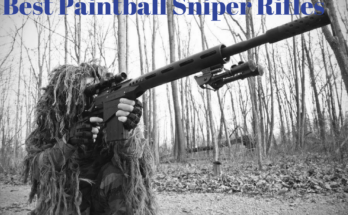