The Empire Vanquish GT paintball gun is actually the newest line of the vanquish. This gun is currently stocked in a very cool combination of four main colors. The colors to find are the true grey with green, the black with silver, the blue till and the copper/ brown/slate grey with red. 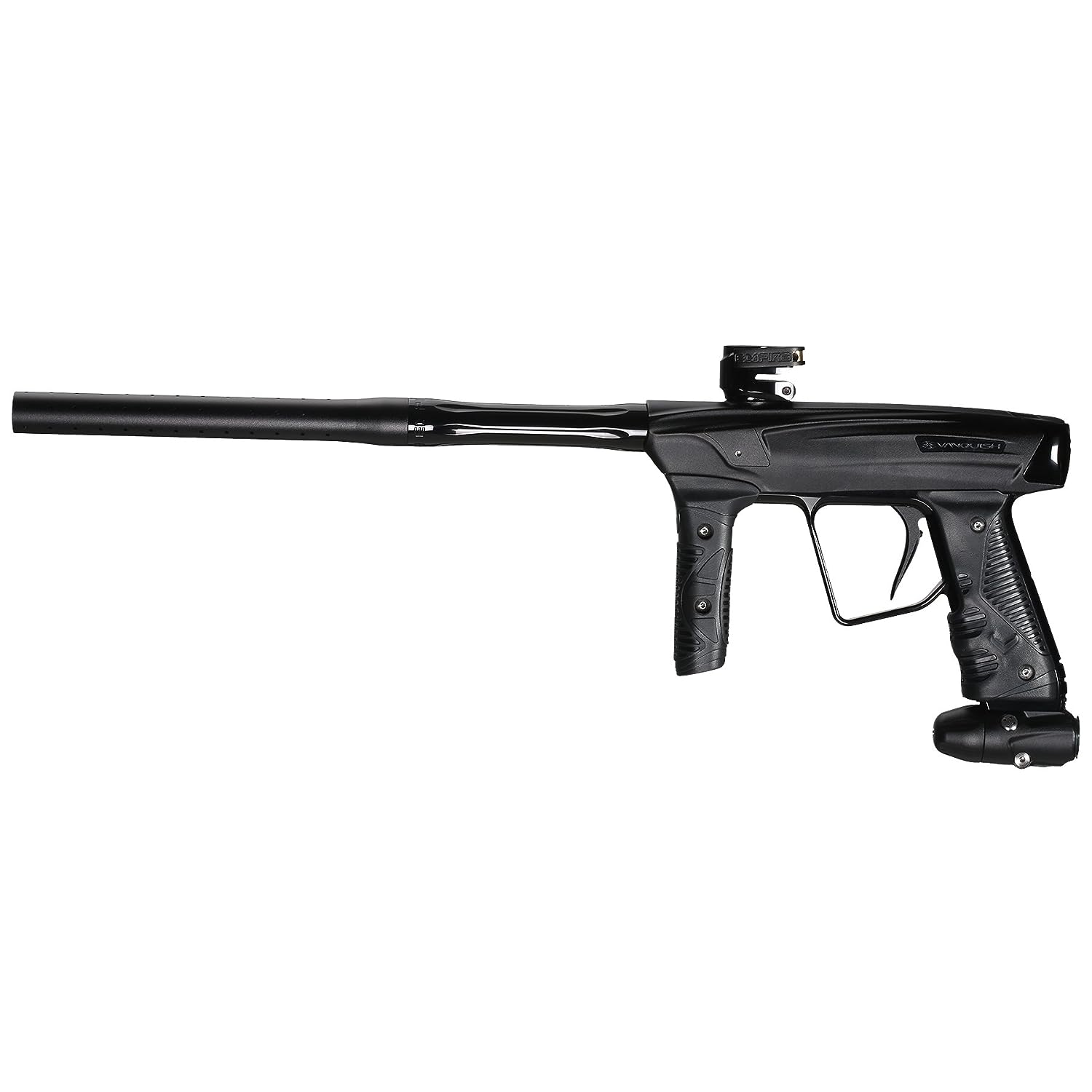 l did realize that the gun is using the same box as the previous ones, but that is not really important. I believe what matters is what we have inside the box. Right?

This marker makes it so easy for us, the user, as we will not have to keep on switching the Allen keys to open up different parts of the gun or to take the grips off. The Empire Vanquish GT uses the same head size or the same Allen key screws throughout the entire gun. Intrigued? Believe me, there is still more to love about this gun.

The gun is quite similar to the 1.5 and the previous model before it. The components of the gun and the outside body has not changed. What stands out with the gun?

The main difference between the latest gun and the previous models would be the new gt core which is inside the gun. This is a whole new bolt design for the gun.

Now, the very bright side to this new gt core is that it helps eliminate the drop off problem that guns would normally encounter. Apparently, this is the reason why you will see most cores set up with a spring inside of them. The spring helps drive the bolt system forward and it also helps with striction. The striction will normally result from the pressure inside of the bolt. The Empire Vanquish has made a way out of that mess.

This gun no longer needs the spring to push the bolt forward. The new gt core is solution enough. The new gt core also allows for consistency from one shot to another. It also eliminates the need for a first shot dropoff. This was where the user had to pull the trigger, get 150 FPS first for fine shots.

The drivetrain is gaining great statistics and is definitely producing great results. It is also great news that no one will be left out. The drivetrain is also available for older guns, and so if you have the older vanquish guns, you can use this as an upgrade. I would rather encourage you to get the gun instead, for a chance at the whole complete kit.

Other features of the Empire Vanquish GT gun that resemble the previous models include:

The screen allows for an interface, the user can do some programming. The screen also has a joystick button. This is to turn the screen on and off. By pushing the right or the left, up or down button of the screen, the user can cycle through various modes and also do tons of other different things.

Example, pushing the joystick up or down, turns the user eyes on or off. The joystick feature is really effective and supercool, very likable if I may add. The joystick button is a whole lot of options in there.

The screen also gives a display of the pressure inside the gun, if ever you require to know the pressure at any point. The Empire Vanquish GT is a hose-less design, similar to previous models.

The paintball marker provides a place for different kinds of adjustments, velocity adjustment. This feature makes it very easy to control the velocity. We can also set the pressure inside the gun, given the screen also displays the pressure levels.

Then lastly, this model has the on and off ASA at the bottom. There is no question, it is a whole new world with the Empire Vanquish GT gun. This gun is much, much better now with the new gt core and all these delightful features.