Empire Axe Pro Paintball Gun is a product of Empire Paintball company which is based in 570 Mantua Blvd, Sewell, New Jersey.  The company specializes in manufacturing and distribution of paintball sporting goods such as the paintball gun itself, goggles, gloves among other products.

Its no doubt that Empire produces very sophisticated paintball guns in the world, they put a lot of energy to it and test it before putting it to the market for sale. 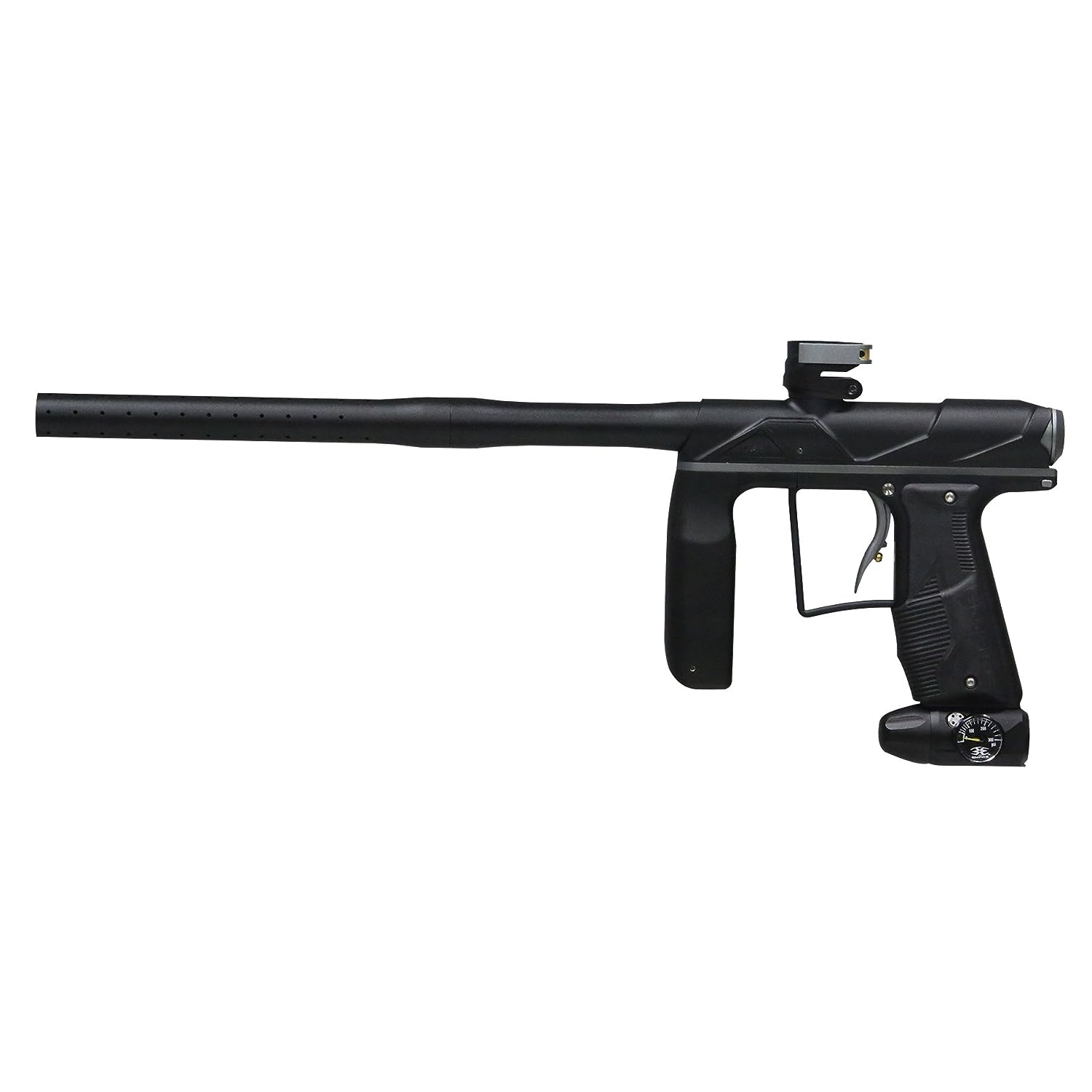 The finishing of the Empire axe gun is smooth and attractive. The gun is built in style and durability in mind with materials of very good quality. The gun comes in different colors such as silver green, dark tan-red, blue and also black.

The original axe had one piece and 12-inch barrel while the new paintball gun has two pieces and fourteen inches barrel. This new feature provides more space to wrap your hand around it with a firm grip with a non-slip protection feature.

The new paintball axe is lighter than the original axe with a very small margin though, it weighs about 2 pounds and 3.4 ounces whereas the old axe weighed 2 pounds and 5.1 ounces.

It is long lasting and its metallic frame can stay for several years without any major problems. The lighter weight also makes it easier to carry it around the field hence it will eliminate exhaustion hence be able to do away with your opponents and still remain hidden.

Someone who already owns an Empire axe pro paintball gun they will likely testify that it can’t let you down in the field. Every part of this gun is made up of very high-quality materials hence it’s not easy to develop mechanical problems.

The new paintball gun has a narrower grip than the original Empire axe which makes it easy to wrap your hand around it.

A friend of mine who owns an Empire axe pro paintball says the new model also has a bore size that is standard measuring about .68 giving it more accuracy and efficiency.

Other than that it also ensures less time is used hence cutting down on firing intervals. With this feature, you will surely have an advantage in tactics over your enemies and a guarantee that your clothes will not be messed up very badly at the end of the game.

Another important feature is the removable trigger with a guard, in the new Empire axe, this ensures it is easy to adjust and to clean too. The original paintball gun did not have a removable trigger. In addition to cleaning, the new trigger also helps to adjust the rates at which the gamer fires and this is super cool in a game.

The new paintball gun also has a smaller relay system that ultimately saves time and makes it lighter, the relay system helps in taking off the marker bottle.

It uses a lever that makes the air to flow easily and hence remove the marker container easily. I know this might seem too mechanical for one but don’t worry the Empire axe paintball pro gun comes with a small toolkit and a user manual to take you through every step of the way.

Another crucial part of this gun that everyone is mostly talking about is the gasket which surrounds the battery door. This amazing feature will prevent moisture from entering the battery area as it is waterproof, in the wet season and also block dust from entering inside.

In the new paintball gun, the bolt removal system is easier with a push side button. This makes it easier to service the gun and maintain it clean regularly. One push to the side button and you will have depressed the ball bearing which gives access the engine from the backside.  The new design is really simple to disassemble and reassemble after cleaning it.

Another key feature is the volume chamber which is the same for both the original and new paintball guns, however, in the backside of the bolt, it is shortened making it be lighter than the original paintball gun.

Think about it for a second, you don’t need paintball gun that is too loud as it will give up your position in the field right?

The sound has always been a concern on the battlefield and it’s for a valid reason.

I can assure you with the Empire axe paintball pro gun you won’t have to worry about sound at all. It is very silent and this gives you the upper hand to move around the battlefield undetected.

I can assure you with this gun you’ll be the last man standing and you will definitely have a good score.

Summarily, the Empire axe paintball pro is a badass in warfare and every paintball gamer needs it in his collection. The paintball gun is better than the original axe in every way possible.

It has improved ergonomics to help the soldier on the battlefield to out-smart their opponents. It is easy to shoot with great accuracy and the shots can be fired rapidly without delays and breakdowns. The gun is very easy to service as it is easy to disassemble and reassemble too.

Definitely time, experience and skills were pumped into designing of the Empire axe paintball pro gun to make it perfect, fun and yet safe for the gamer. This is a thorough and well-researched review, therefore, I would highly recommend it to all those paintball gamers.